Some digital game-type graphics I have done. The graphics on this page are my own original work and I would prefer that you not use them without asking first, except where explicitly noted.

Digitization of a pencil sketch into a game texture

I drew this demon with pencil & paper first, then photographed the drawing as a basis to create a game graphic with. The finished texture appears in my Hexen texture WAD. (November 2016) 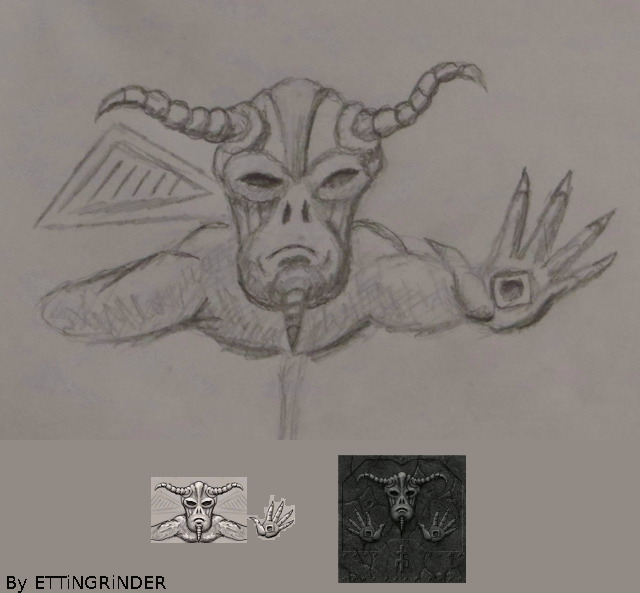 From-scratch textures for Heretic and Hexen 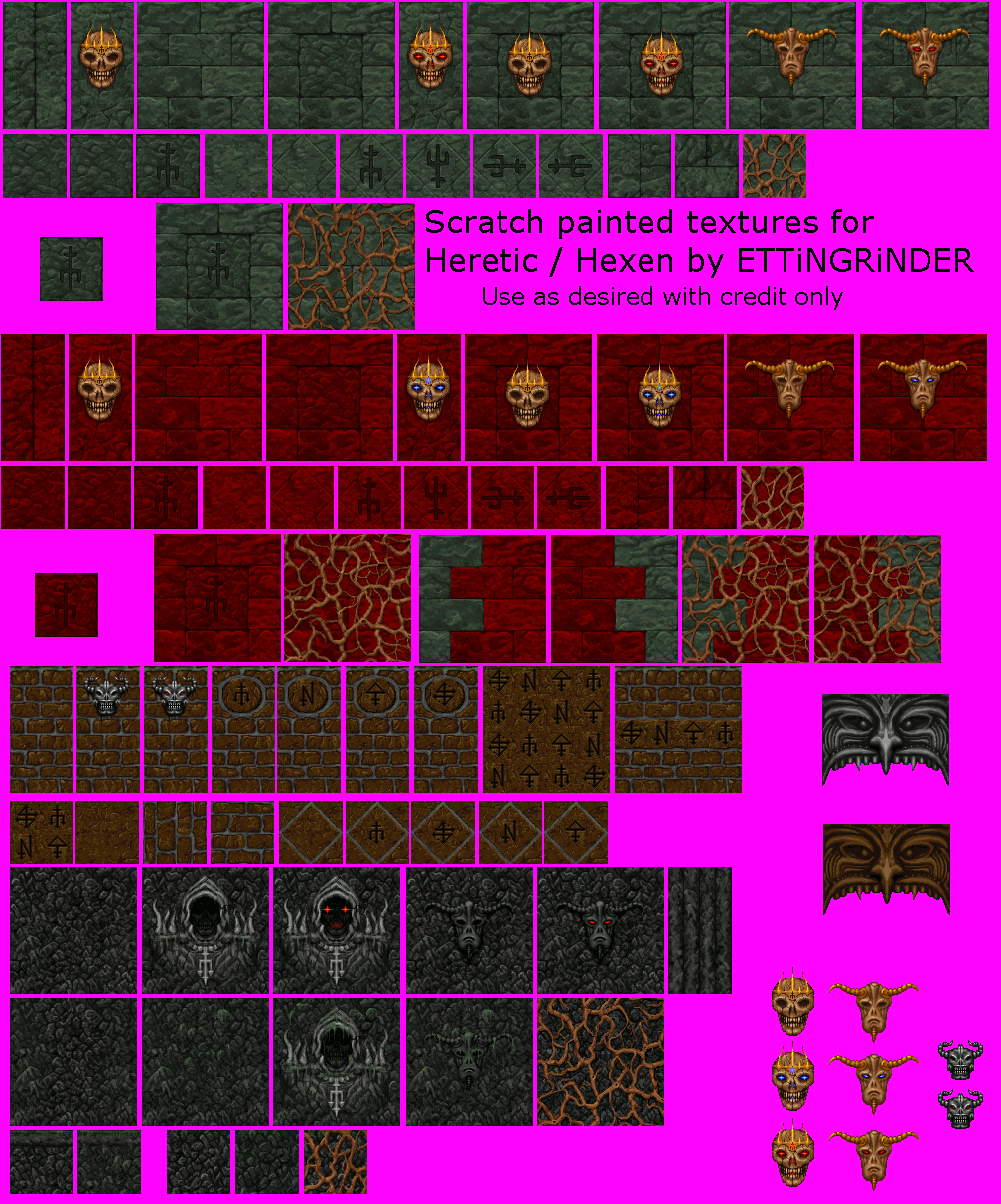 Larger versions of the demon head appearing on the above brick textures, large digitally painted WIP, and cleaned up texture-size version. 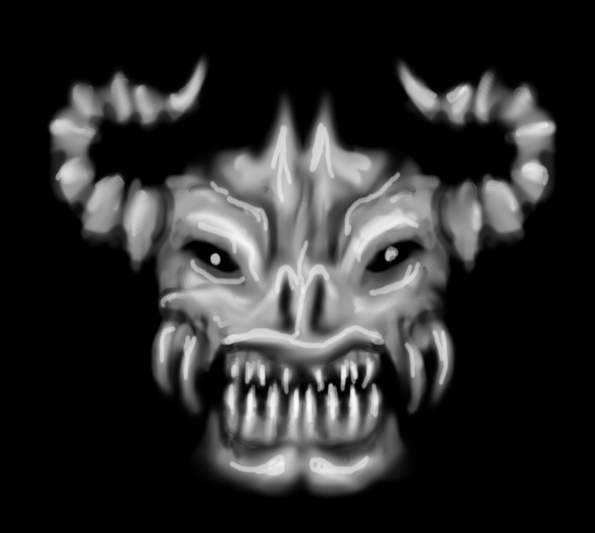 Knight in the forest

A fantasy-themed tile set in NES style, designed to have tiles suitable for reskinning the game of Kye (a Boulderdash-like action-puzzle game). Lava can serve as the "black hole" tile. CC0 license, use as you wish. 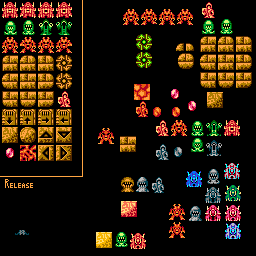 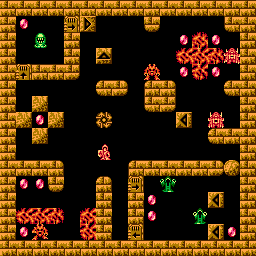 Sprite and tile tests using the 64-color "extended EGA" palette. The knights came out pretty well, maybe I'll finish them up for use in something some day.

Construction of a monster sprite - This was a little test/practice in starting from a rough "sketch" and refining it into a sprite. I never bothered to draw any more frames. Dated December 2014.

This gargoyle was drawn to be a custom texture for my Hexen .WAD, but the flat nature of the graphic meant he didn't work out too well when sticking out of the wall in a 3D way. Dated October 2015.

A putrid demon face wall that I made while experimenting with the Wally texture editor. Quake palette, tiles seamlessly.

Some weapon icons that I made a long time ago for someone's failed RPG project. A dagger and two maces. Dated October 2013.

A few item sprites for a knight's gear. Dated August 2011.